Things My Teen Taught Me This Week

Home » Featured » Things My Teen Taught Me This Week

Posted By Laura in Featured, For Teens, Parenting Teens, The Four the Laundry the Life | 0 comments

Somehow, I own three teenagers. Honestly, I swear I do not know how it happened. I live with them. I see them every single day. Obviously I know they’re not babies, but for some reason, in my head they’re still these guys… 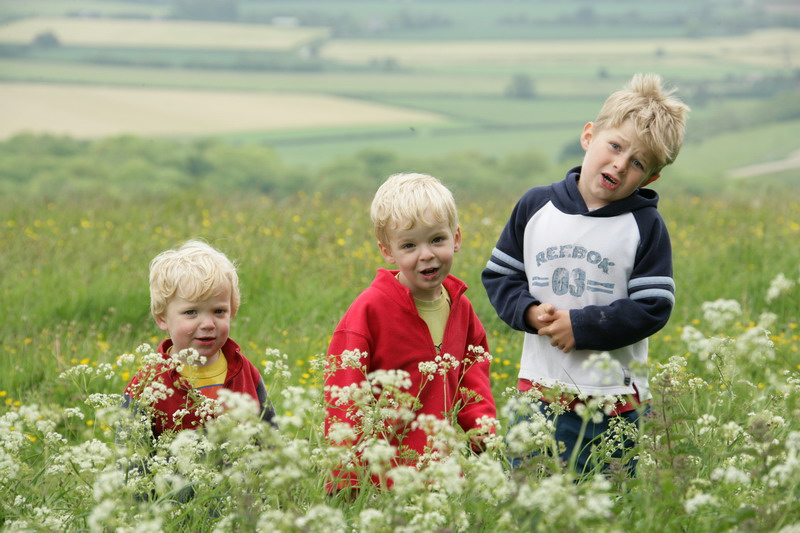 Aren’t they delicious? In my head, if I sit on the ground I can still fit all three into my lap for a group hug (just no.1’s lanky 6’2″ frame no longer fits into my lap, let alone all three of them). Obviously we all still fit on one sofa for movie night (yeah – we actually require two sofas, two armchairs AND the floor cushion). And of course they’re all in bed and asleep by 8.30 of an evening (*hollow laugh*).

In the last few weeks, even before the Referendum result,  the world has been shuddering daily at horrible news, both local and international. As a natural reaction I’ve noticed I’ve tended to hug a little tighter, seek them out a little more, talk a little longer with these precious beings who will be out (without me to hold their hand) in that great big world before I’m really ready for it.

Back in the days when they were even smaller than in that photo, I was part of a fabulous online group of women whose only connection was that we all had babies born in the same month. As we travelled through those early years together, we had a regularly reappearing post to which we all contributed, titled “What I learned this week”. It was usually funny, it was always honest, it was often touching… and most of all it connected us with the highs and lows of our weirdly disparate but connected lives.

In honour of that, and as a way of recording my teens as they astonish me weekly with their stupidity and their wisdom (in equal measure), I’m resurrecting the What I Learned post. Only now it’s ‘Things My Teen Taught Me this week’.

1 – I should not be responsible for my own playlists.

I thought upbeat up-tempo stuff was a good plan for running to. But no – those fast moving dance and pop tracks induce infuriated rage in my early morning staggerings as I reach halfway point in my Zombies 5k training. But No.1 took my playlist in hand, and dammit he’s good. He knows my tastes well, frequently blithering at me to come listen to a new song, you’ll love it (I usually do – my iTunes has had a renaissance in recent years with a whole wave of new and unknown artists. Though he does get unreasonably enraged at my  utter inability to remember the name of the band that sing that… “wooooa-a-a-h… Why Worry… Set It Off. I know, I know. Set It Off. Stop rolling your eyes and sighing, I’ll remember it this time. Honest), and he now has me cheerfully pounding the old railway track to BMTH and Pigeon John…

I’ve tried. Believe me. If I reply to a call with the phrase ‘yes, fam?‘ just once more I may actually get an eyeball to roll a full 360º, but there’s no sign of dislocation. Not yet.
(maybe I’ll try adding to it next time “yes, fam? I’m totes ready for a cheeky chat” might do it.)

3 – Burnt Tongues Can Be Soothed With Sugar.

Apparently Top Teen News this week is that the cure for a burnt tongue is to put sugar on it. I have no way of verifying this until my next pizza.

If I decide that the lunch offerings are pretty rubbish, and the shopping delivery is due after No.1 leaves for college, I may hand over some cash for him to buy himself some lunch. Not to self – this money will never be seen again. Even if you only have a £10 note in your wallet, the suggestion that there may be some change the following day to hand back will be met with offended sighs and shoulder shrugs and a vague but optimistic rummage in empty pockets. My bad.

5 – They’re Thinking More Than You Realise.

The Referendum. We’ve talked about it a lot as a family, but you’re never really sure what’s actually going in and what’s slip-sliding over the top of the head as they internally consider the tactics of using Rengar in their next League game.
On Referendum night No.1 slipped in to the lounge to watch a little of the coverage when he came to make himself a cup of tea around 10.30pm. He was finally prised away from the TV at gone midnight – and when we headed to bed at 1.30 he was still watching it on his phone in bed.
And it’s not just the 17yr old; Boy is 15 in just a few weeks – I woke him the morning after and as he opened his eyes his first words were “So? In or out?” as he reached for his tablet to catch up on the morning’s breaking news before he left his duvet – just as I had.
A 17yr old friend of No.1’s wrote a long and calmly impassioned opinion piece on Facebook after watching a day of viciousness across social media. Agree with him or not, it’s remarkable for its grasp and understanding of the issues, and the maturity in its outlook. I’m constantly finding myself in the middle of economics debates I’m not totally equipped to handle, and having various articles written by various journalists sent to me by private message with a “what d’you think about what X says about X”. Frankly, it’s been bloody brilliant in my house recently. Amidst their inane chatter, our teens constantly give me great hope for how they will shape their future.
And yes, the 16-18yr olds should obviously have had a vote.

Apparently Napoleon counted on large initial losses followed by surrender of the enemy*. Unlike his previous conquests, we Brits didn’t surrender when he expected – and therefore won. So next time you’re facing old Bony Parts across a lumpy field, you know what you have to do.
(*I am not an actual historian. A 13yr old’s thoughts on Napoleon’s loss at Waterloo may have been slightly simplified for my benefit).

A couple of months ago, No.1 headed into London alone to meet up with some friends. He’s 17, perfectly mature and capable, bought his own train tickets… and I had an internal meltdown. He’s a country boy. He’s never been anywhere on his own. It took us two weeks to agree, and I worried and fretted and needed regular check-ins all day to make sure he hadn’t been stolen, lured away by pirates or got deaded under a London Bus.

He sent me exasperated ‘still alive’ selfies throughout the day. God love him.

He repeated it a few weeks later with far less stress occurring in the parental brain – he didn’t die the first time, so he’d probably be okay.
Last week he decided he felt like visiting London alone with his camera. Just because.
And me?
“Yeah, whenevs”, I said (remember – never miss an opportunity to annoy them with your language).
I never even flickered a chin hair at the thought.
He booked his ticket, begged a lift to the station, and let us know which train he’d be home on.
Funny how much he’s grown and matured in the space of a month…
(Now he’s talking about solo travel abroad next February. No.)

How about you – learn anything from your teen this week?