Posted By Laura in Childrens, Featured, In the Home, Kid's rooms, Spotted! | 0 comments

We’re always on the hunt for quirky kids bedroom lighting – and I’ve rather fallen for this fabulous dinosaur lamp! 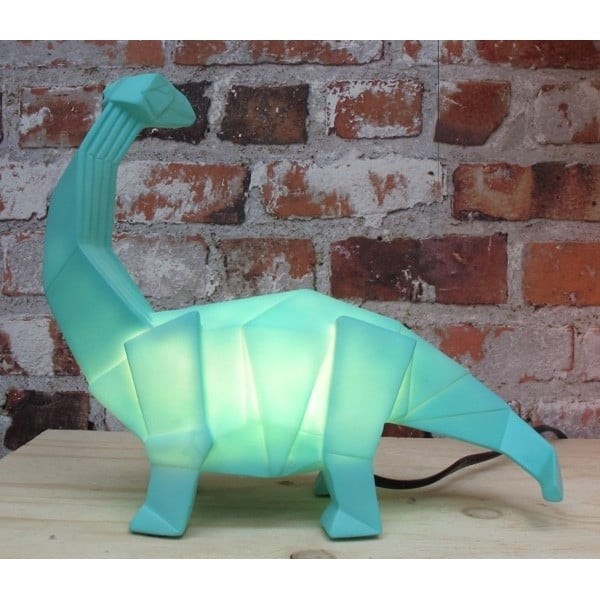 Is it a brachiosaur? Or is it a diplodocus? Tricky to tell. Either way it’s peppermint green, and utterly charming. I’d rather like him plodding gently around my room at night.

He stands 22cm tall,  and is made not from paper at all, but from a tough polyresin which is much sturdier under small hands, of course. Mains plug, and comes complete with an LED light that’ll probably never need changing (and which don’t heat up like old fashioned filament bulbs, so no risk of burnt fingers if its left on, either). He looks cool during the day, but his soft, friendly glowing presence at night will quickly make him any dinosaur fan’s best friend.

Origami is the ancient art of paper folding, most often associated with Japanese culture. Considered a high art form, a single piece of paper is folded into a sculpture, most often an animal or bird, although flowers and abstract forms are also found. The resulting piece is a simple form with elegant planes and edges which catch and reflect the light. Disaster Designs have adapted the look of an Origami piece and created a reproduction in translucent resin, which not only catches the light but is illuminated from within when the light is turned on. They don’t just have the brachiosaur either – there’s a white triceratops, and a fabulously pink stegosaurus too. Plus a hippo, cat, rabbit, flamingo and unicorn too. *wants them all* 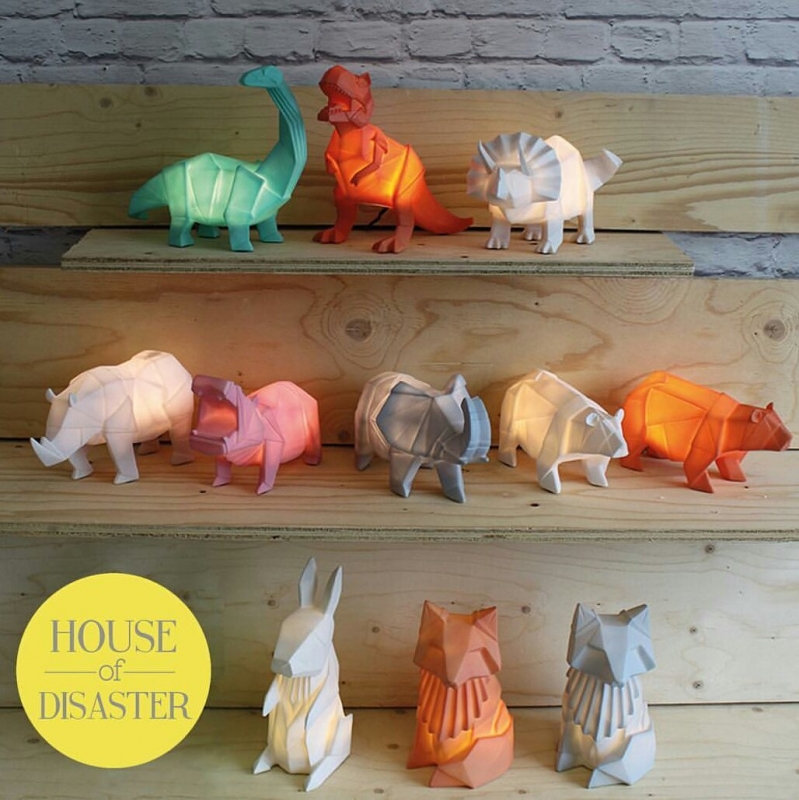 The Green Brachiosaurus Dinosaur Origami Lamp By House of Disaster was spotted over on Bluebelle & Co (careful, once you step inside their doors you may be gone some time. So. many. Good. Things), and can be yours for a roar under £30.

(while we’re here, anyone else remember ‘Dinosaur ROAR!’ by Paul & Henrietta Stickland? Best dinosaur board book ever. We read this over and over again to all four kids – and looking at the image, I can apparently still recite the entire thing “Dinosaur short, and very, very long! It was often followed by Ten Terrible Dinosaurs  “…eating up their lunch. Gobble, gobble, nibble nibble, Munch, munch CRUNCH…” #oldhabits) 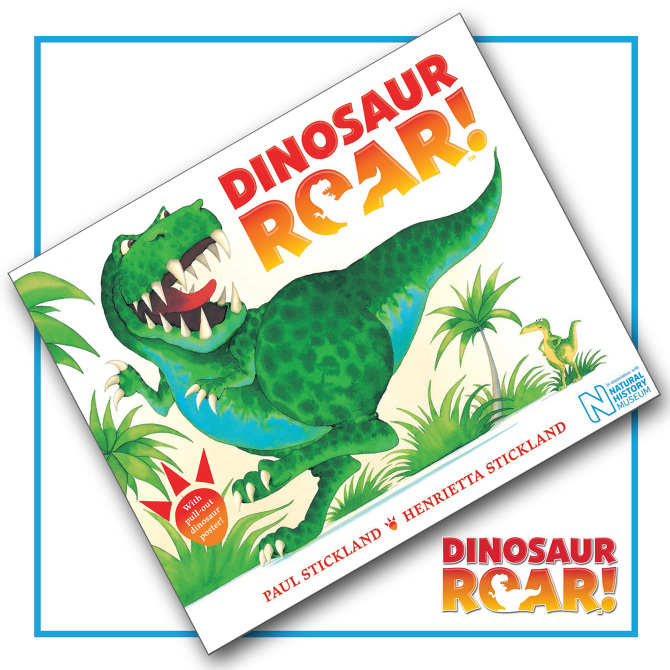