Posted By Laura in Entertaining, In the Garden, In the Home, Just for You | 0 comments 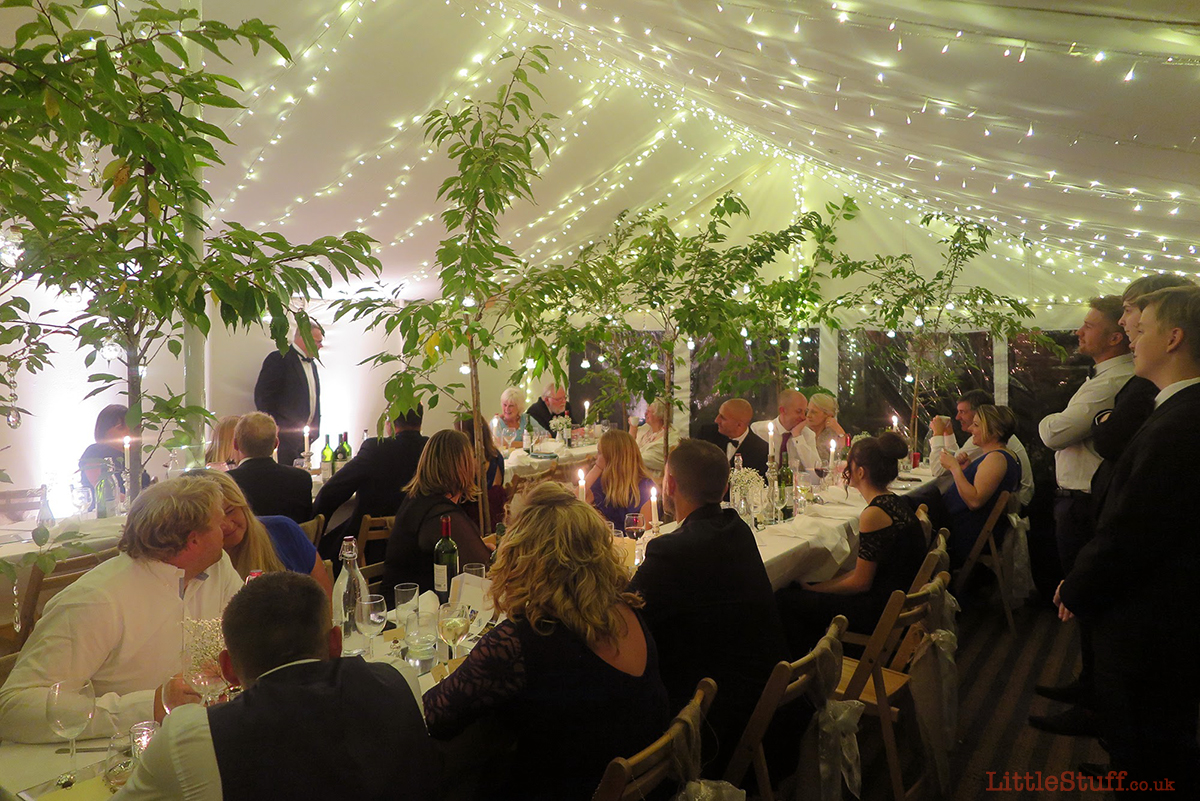 Recently we celebrated our 25th wedding anniversary (yes, you’re right I really am far too young to have been married so long, thank you ). We debated for ages over what to do to celebrate, and eventually decided on a small garden party, on a grand scale, on as small a budget as we could manage.
We posted a few pictures online, and have had numerous messages asking how we got the look, and how much things like trees for the marquee cost. SO I thought we’d share a few details…

For the chairs we wanted again to keep things simple. So we opted for burlap originally – but knew it would need lifting with ‘something’. Again, I scoured Pinterest, and then decided to head to our local fabric warehouse and just see what they had. I ended up with some fabulous fine gauze which actually had a metallic gold pattern on it – but the reverse of the gold showed silver, and it was exactly what we needed.
I mocked up one chair with a length of string to find how much fabric each chair would require, and then multiplied it by 36. 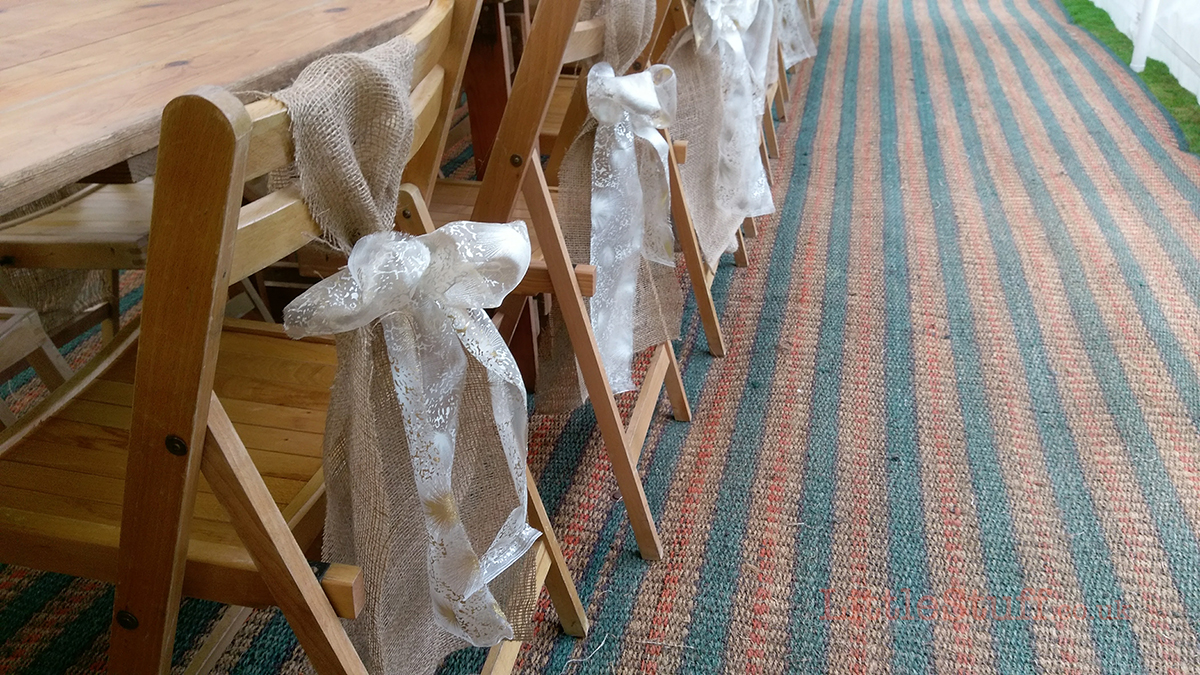 I did a simple length of hessian, folded in half and dangled over the back, and then gathered it with a loose bow of the silvered gauze. The key thing is that individually they look simple, but collectively they looked incredibly effective without being overpowering in the room.

Probably the most tedious job of the entire marquee though… much much duller than stringing fairy lights. 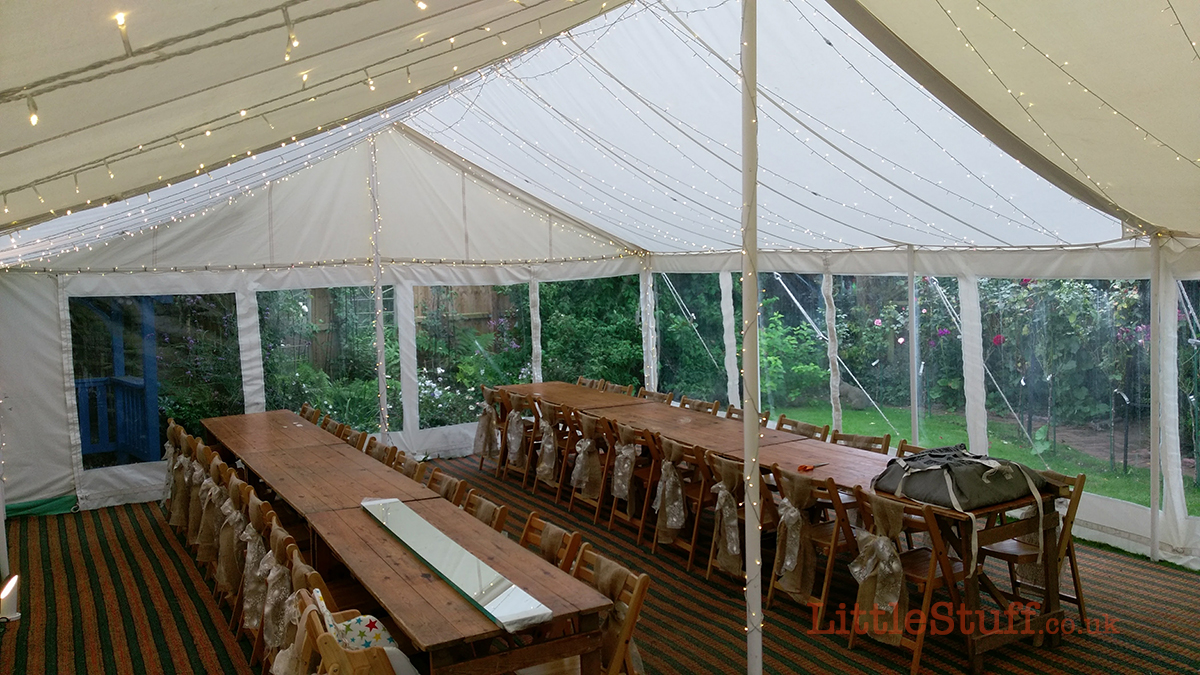 Our original plan had been to hold a dinner in the woods – we began with this single image from Pinterest: 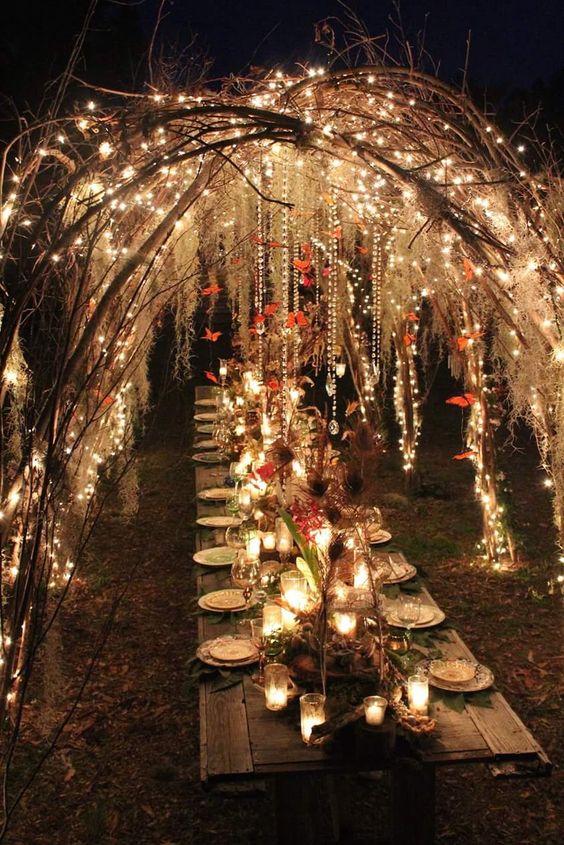 But we had to face facts – we’re in the UK. It’s just no good planning an outdoors event with no rain cover!
So we moved it into a marquee – but we really wanted to keep that fairylit trees feel.

First we thought about raiding local woods – but not only is that slightly illegal, but also hugely impractical and a BUCKET of work to make it look good. How do you even keep branches up in that graceful arch??

Next stop was too look at hiring trees.
Wowsers, event hire companies are EXPENSIVE! We were looking at £80-£120 per tree!
Just… no.

In desperation I suggested to Mr LittleStuff that we waited to the last minute, drove to the local garden centre, hotfooted over the wall and ‘borrowed’ a few for the night.
Being the grown up around here, he picked up the phone and asked if they hired them.
they did.
Price?
15% of the sale price – so around £7.50 per tree. AND they delivered and collected free of charge.
SOLD!
We got to go to the garden centre, wander through the trees and pick the specific ones we wanted – so so perfect!

To dress them we wanted more fairy lights – but not to compete with those in the roof.
Once again, Mr LittleStuff stepped up with a stroke of genius. He tracked down some super-cheap-as-chips battery operated tiny lights on eBay. Then I found a couple of batches of tiny sample jars with corks – and he spent an afternoon drilling a hole in the corks, feeding the lights into the jars ready to hang in the trees like tiny light bulbs. If I say so myself they were perfect – probably my favourite part of the marquee. 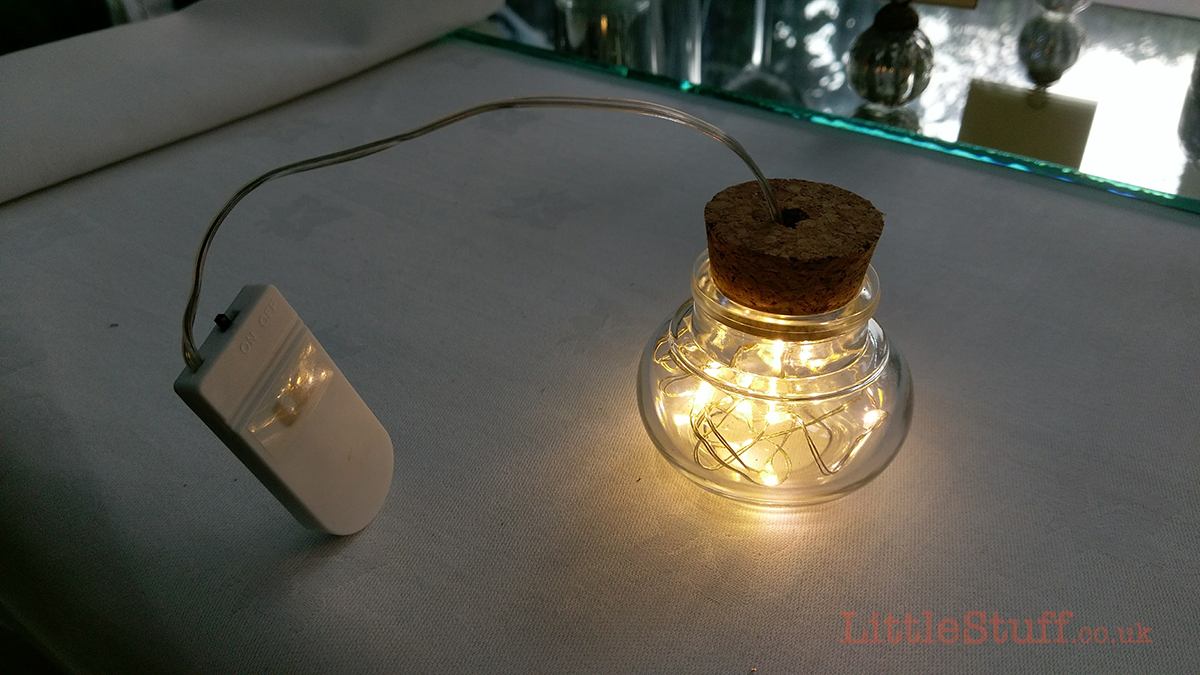 And so at the end of day one we had the marquee dressed and ready. Next stop was the tables themselves… 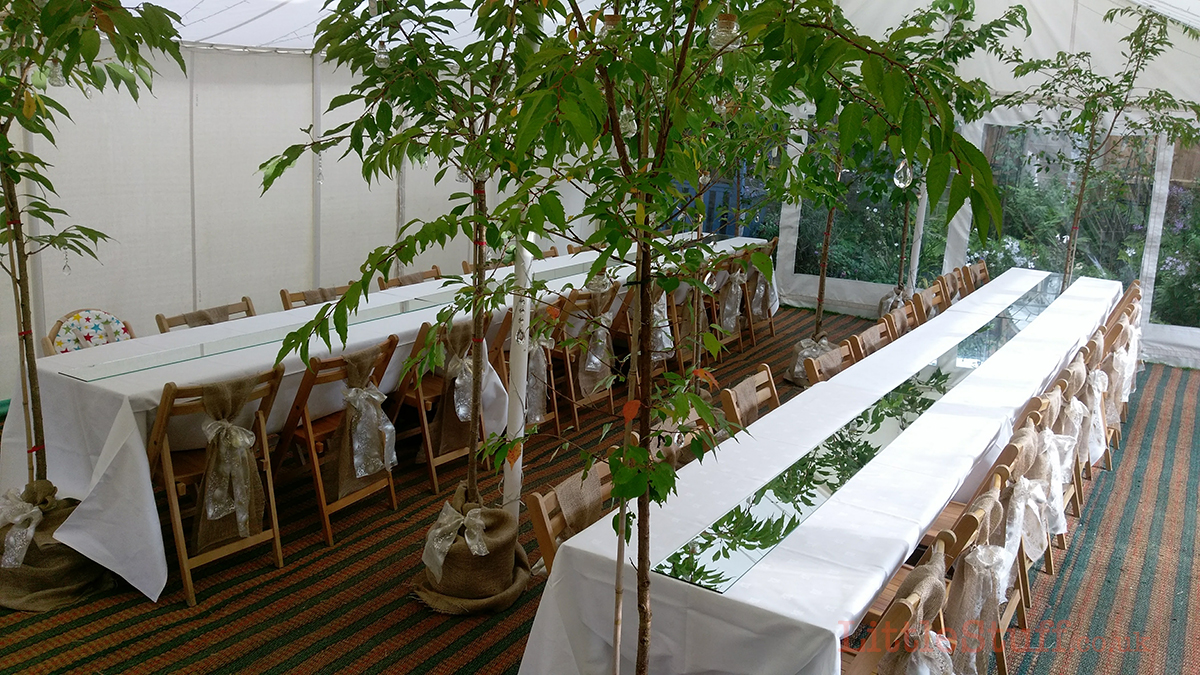