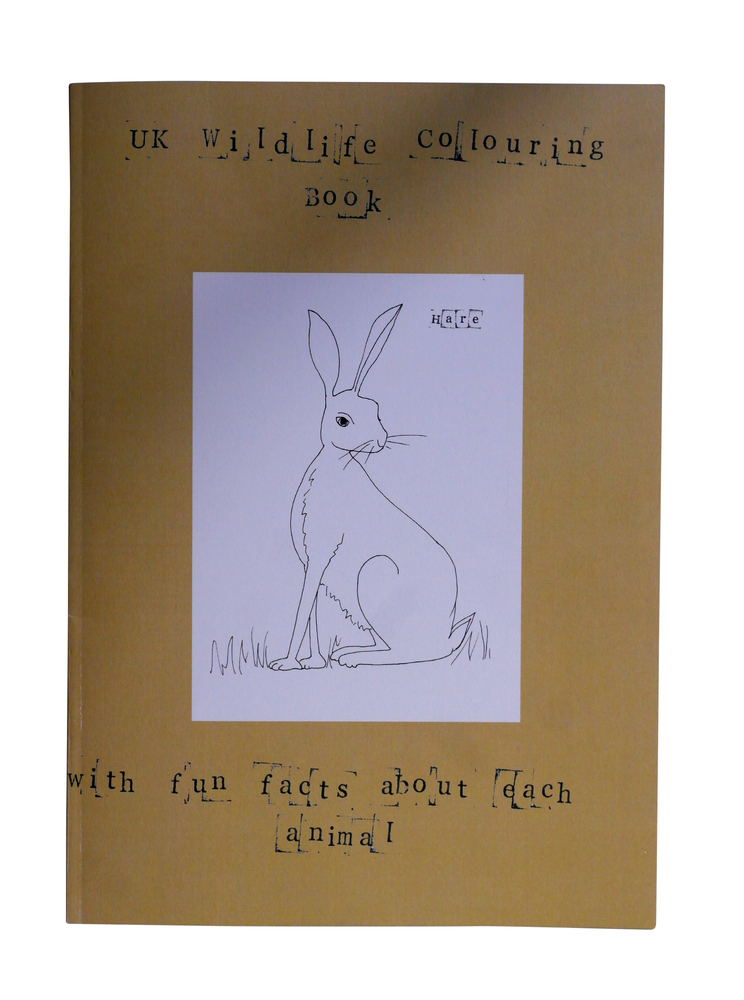 A pet hate of mine has always been colouring books. I know, I know, it’s irrational and stupid. It’s not that I don’t like them – quite the opposite. I LOVE a good coluring book – it’s the lack of a *good* one that gets on my nerves so much. When the boys were younger they were never all that fussed about colouring, but now I have a daughter who’s colouring mad, I regularly revisit the Wrath of The Colouring Book.

They’re ALWAYS in icky rough sugar paper which makes me teeth go nyan-nyan-nyan (curl your lips back and say it, you’ll soon get what I mean). The pictures are either ridiculously complicated for a young child, or far too simple. And they’re usually images that have been regurgitated in colouring books for the last 40 years. Teddy bears driving cars, I’m looking at you. 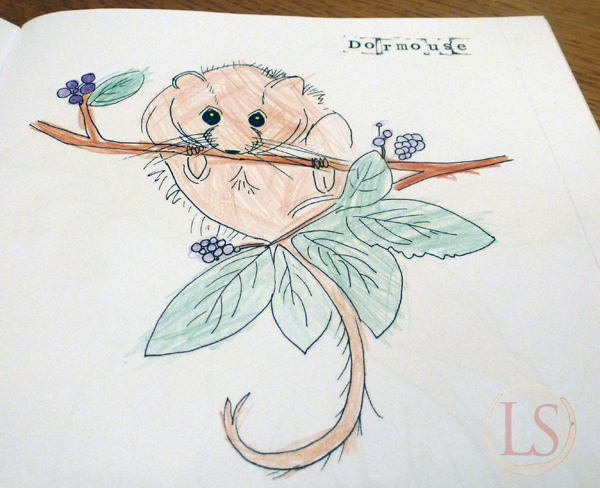 Mr Dormouse, just hanging in there

When it arrived, I loved it instantly – it has the look and feel of an old school exercise book. And the paper inside? Smo-o-o-ooth and crisp and lovely. Huzzah!

But it wasn’t me that had to love it – Pink the 6yr old had to as well.

And she really did. 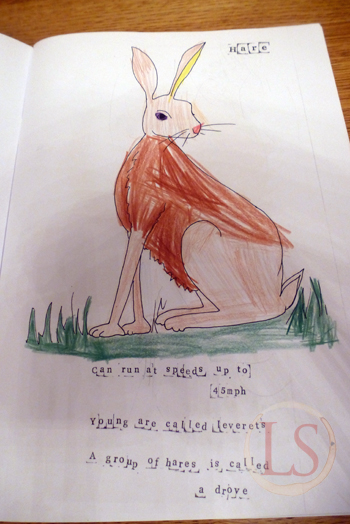 The animals were detailed enough to look ‘real’ to her, and yet simple enough to allow them to be coloured in. The small nuggets of interesting facts about each creature were really nice too – she’s absorbed them all (and I certainly never knew that a group of hares is called a drove).

The hand-stamped look of the text not only meant they were easy to read for an early reader, she felt as though the book had been made especially for her. It didn’t feel ‘shop bought’, it felt unique and ‘hers’. 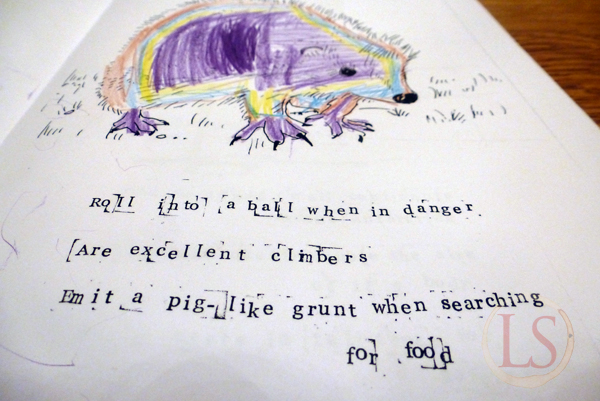 My personal favourite – the rainbow hedgehog

The British Wildlife Colouring Book can be bought direct from Sarah Lovell‘s site – it would make a fabulous stocking filler at only £4, and we can’t recommend it highly enough.