I’m running. Oh yes. Thanks to the Zombies…

Posted By Laura in #New!, Healthy Living, The Four the Laundry the Life | 0 comments

I have tried a Couch 2 5k running programme 4 or 5 times. The farthest I’ve reached is week 8. Not because I can’t do it – Oh no, I know they work.
But I get bored.

The principle behind it is brilliant – take a non-exercising Couch Potato, plug them into some headphones and into a pair of trainers and get them out the door. Tell them when to walk, and when to run – in tiny baby steps which slowly increase until after a couple of months they’re able to run 5k – and have got the running bug.

It’s a solid training principle, and I can testify from personal experience it absolutely works. The first time I tried it, I finished the first set of 60-second runs gasping for oxygen, scarlet-faced, and testing my pelvic floor to it’s limits. Quite why staggering jelly-legs make you want to wet yourself, I don’t know, but there you have it. 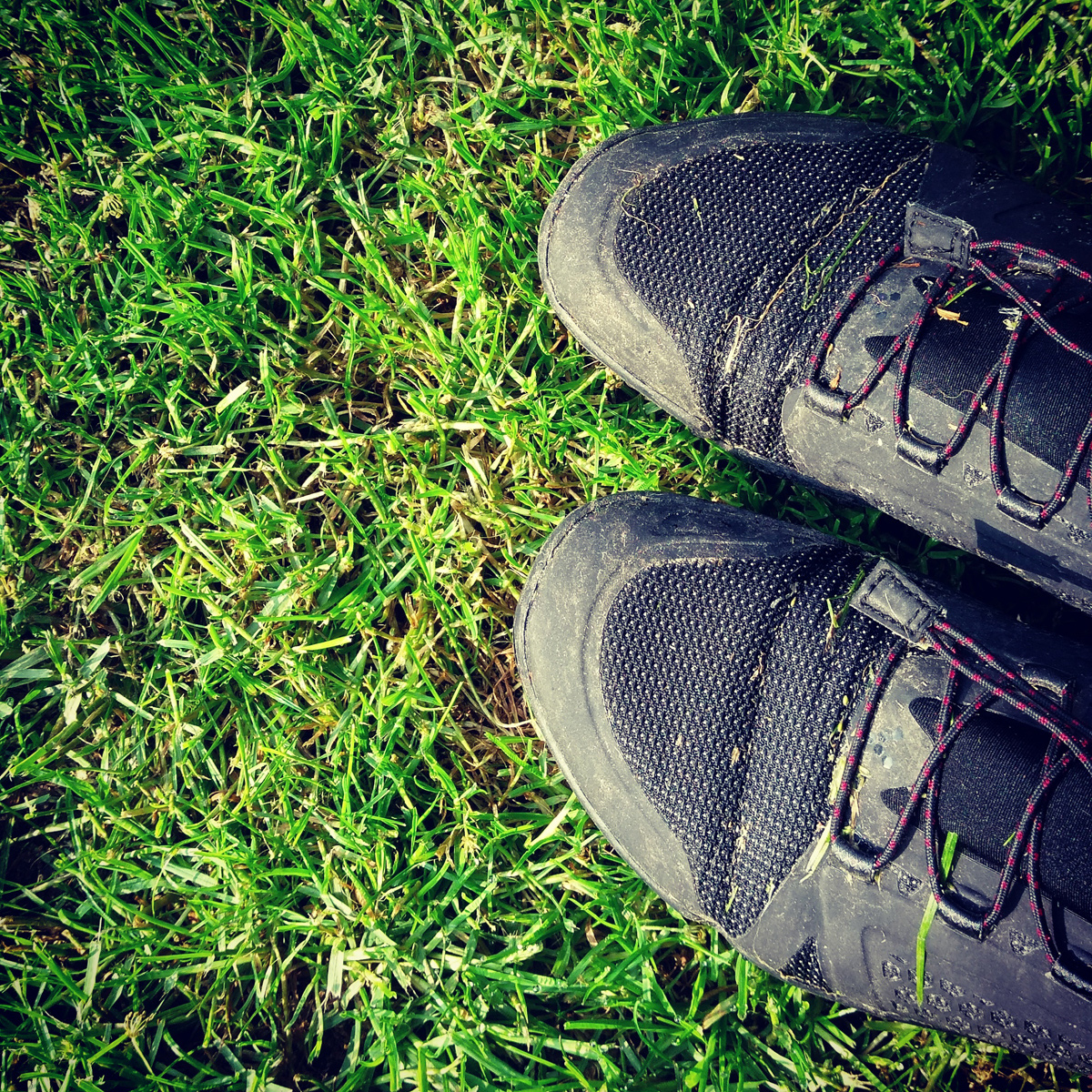 I’ve used an excitable American “Yeah, you can do it! Come ON!” version with a solid bouncing dance music soundtrack. I’ve used the NHS version with a polite and friendly voiced “that’s it! Excellent work! Keep going!” and bland music choices that did little to motivate me.

But none of the versions I tried really held my attention. You have to repeat the same one three times a week, and it just gets… dull…

But a couple of weeks ago I tried something new. A friend suggested I take a look at the Zombies5k app

ZombiesRun! has been around for a while, and the 5k is the C25k starter version for all us non-runners.

It sounded no worse than any other, so I downloaded it to my phone and thought I’d try again. 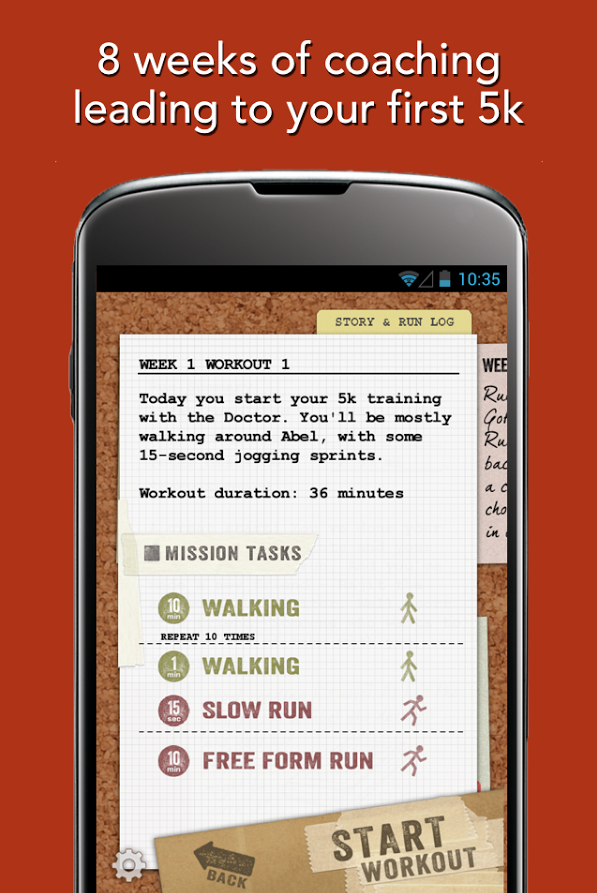 It took me a few days to figure out the music – because this time I get to source my own soundtrack, and once I’d realised that only the Google Play Music player would work with the app, installed it and loaded a playlist, I was all set.

And after the introduction session I was hooked!

Because every day is different. You’re Runner 5, a vital member of one of the last outposts of humanity at Abel Township. During 25 workouts, you’re trained to help find supplies and protect the town from the ever-encroaching horde of the shambling dead, in a story written by award-winning novelist Naomi Alderman.

Everything about Zombies, Run! 5k Training is designed for beginner runners: clear and detailed workout instructions, a gentle learning curve, and importantly, they don’t make any zombies chase you until you’re ready! In fact, I’ve found I’m fitter than I thought and the first couple of weeks haven’t stretched me enough; the 15-second run was ridiculously simple, so I found I’d run the minute’s ‘walk’ too, plus the next 15-second run before slowing for the second walk.

It’s just more fun than “yeah! Come on!”, and the actors are great – and because every day there’s something new, it doesn’t seem to get dull. Plus I choose my own music, so there’s no being inflicted with someone else’s choice!

I get my shoes on, then start the Zombies5k app – whilst the first bit of talking happens I fire up Runkeeper (I like to use that to map my route at the same time), and then head out with the dog.

In the last two weeks I’ve managed to walk/run for over 3 1/2 hours, and cover over 11 miles. That’s 3hrs more exercise than I would have got otherwise!

This was Friday’s Run from Runkeeper. Yes, I’m still painfully slow, and spend half the session walking fast – but I don’t care. I’m out there, and I’m doing it, and I can see myself getting faster, going further. It’s working!