Grannies Try Snapchat (dare you not to grin).

Home » #New! » Grannies Try Snapchat (dare you not to grin).

Posted By Laura in #New!, Just for You | 1 comment

I consider myself a pretty modern digital version of a mother. I spend my days online, and with so many genuine friends made through the internet I absolutely encourage my kids to make friends online (they’re very clear on the safety rules, obviously, but I’m not frightened of cyber friendships). I’ve been blogging since 2004, I’m an old hand at Twitter and Facebook, and I’m starting to win at Instagram.
but Snapchat? One step too far for me.
Mostly, I have to say, because it is my teens’ communication of choice; and it just feels too ‘young’ to be relevant for me. Most of my friends my age aren’t using it either – a few digital-savvy bloggers, but most of my non-blogging friends use Facebook with a little Instagram thrown in.
So there’s not much incentive for me to get to grips with it, is there?
I have no need of it, thanks Snapchat, I’m quite comfortable and just about managing what I have (plus Pinterest obviously because we all need a little Pinning in our lives, yes?). 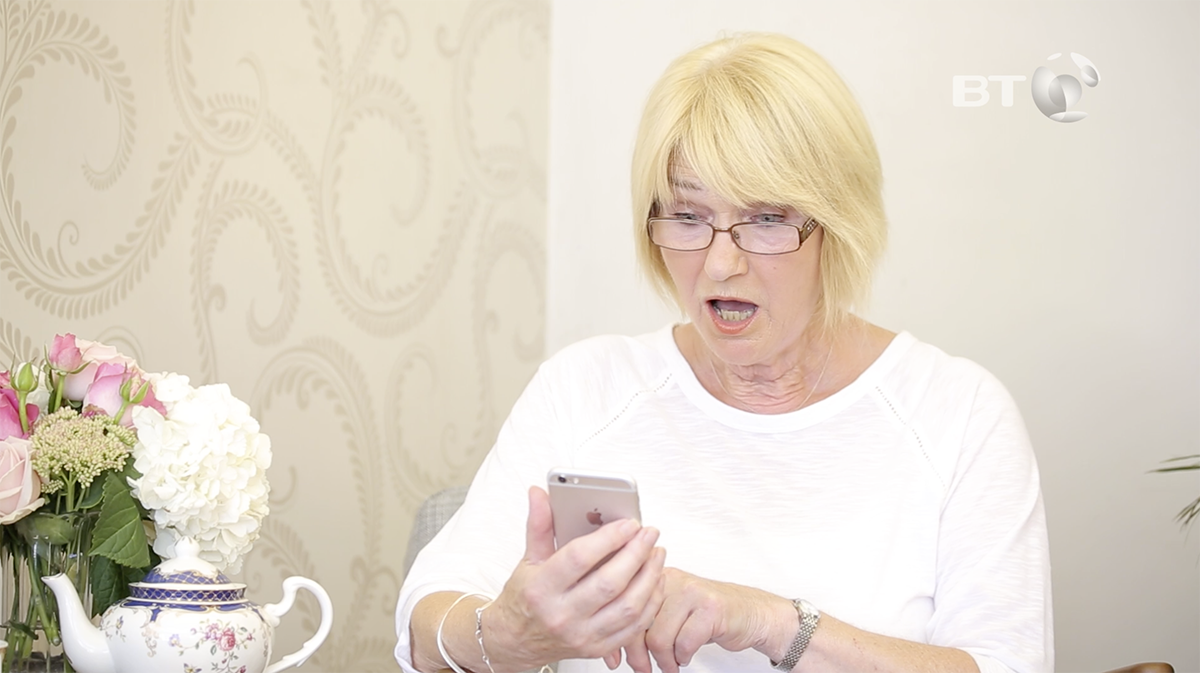 But I was possibly a little too eager to see the new ‘Grannies Try Snapchat’ video from BT. I mean come on – this was going to be hilarious, right? If I haven’t even ventured into the Snapchat world, they were going to be disastrous of course. Excellent chances of smug amusement.
But actually… they sort of put me to shame. Because they not only totally embrace the fun of the app for its entertainment value – but they also completely grasp how it might be a very cool way to stay in touch with their grandchildren. No under-the-spotlight best behaviour afternoon teas with these grannies – oh no. They’ll be staying in touch by sending a little message with a watermelon on their heads…

Despite some mixed opinions of the various ridiculous lens effects, these brilliant tech-averse women ended up feeling really positive – and having a lot of fun!

David McDonald, Director of BT Broadband and Bundles, says: “We are among an internet-savvy generation who use the web as an information provider and to use apps such as Snapchat for entertainment as well as keeping in touch. The women’s responses show just how far and fast technology has advanced during their lifetimes.

“At BT, we are proud to help people stay connected and to have been a part of such an advancing era.”