Home » The Four the Laundry the Life » Childhood CFS – M.E. in children for Awareness Week.

We don’t do much serious spouting here on LittleStuff, but what’s the point of owning a web site with thousands of visitors if I don’t actually use it occasionally, huh? So.

It’s M.E. Awareness Week this week. I’m far too busy to be anything like a proper, proactive fundraiser and go bake cakes or shave heads or something. So instead, I’ll do what I do best. I’ll ramble on a bit, and tell you a little about me. Well, not me, my son. Who is 12, and has had Chronic Fatigue Syndrome (or M.E.) for two years now. 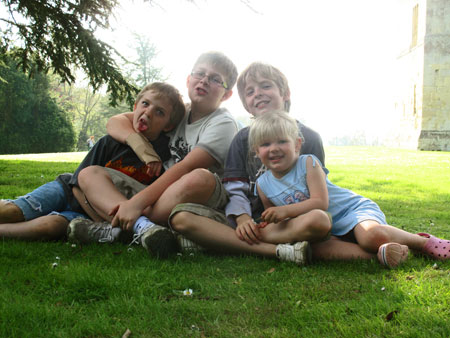 He was a normal, bright, funny, annoying 9yr old, with ambitions to be a rock star. Or an architect. Either/or. Christmas 2009 he had a run of tonsillitis, and didn’t really seem to pick back up. He had a couple of weeks off in January, again in March, seemed to feel better over the holidays, but simply wasn’t well enough to return to school after Easter. His throat glands were wider than his jawline and visible across the room, he had lumps in his groin and armpits, he would sob with pain in his joints, was sensitive to noise, couldn’t stand company…

The GP said it was a virus… but as the weeks went by more and more blood tests were done.

The tests kept coming back negative, but our child didn’t get any better.

Where had our shining boy gone? In his place we had a stodgy, moody, pale, angry boy, crying through the nights in pain and sadness.

By the beginning of June the GP had hit a dead end – she finally let on that they had been looking very hard for Lymphoma, but had (thankfully) found nothing to physically cause the symptoms, and so she passed us on to the paediatrician.

The shock of the label was balanced by the relief of a diagnosis at last, of a finally knowing WHAT was wrong with the shining boy who had changed so very much in the last 5 months.

I don’t think we really understood, then, what a long road we had ahead. What a huge impact it would have on all of our lives. What effect his illness would have on the childhood of all our children, not just his own.

But it’s two years on, and we finally see the light ahead.

He has an understanding and maturity beyond his years. He understands his limits, he understands the price he will pay if he chooses to visit a friend and use the trampoline, or go swimming, or have a nerf war, or play on the river… he understands that for every hour of fun, he will no doubt endure a couple of nights of sleepless pain, and days feeling sick, clouded by a frustratingly dull-witted brain.

He understands that sometimes, it’s worth it. 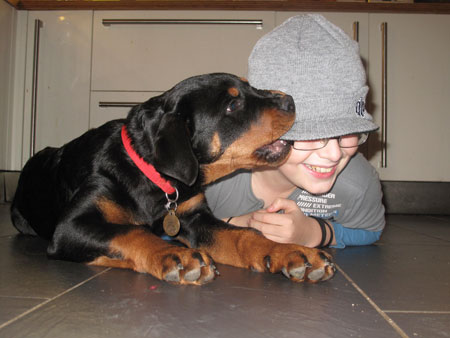 He is now in High School (having missed the last term of Yr 5 and an awful lot of Yr 6), and just since Easter is attempting a full day in school. Most days. He doesn’t do PE, and he doesn’t do a full day of lessons yet, he simply uses the extra study room to catch up on work missed and do his homework while his body adjusts to the effect of a full day.

He’s developed a tough skin – though he’ll quietly tell me of the taunts,in the quiet of his room late on the nights he can’t sleep. Thank goodness he has a large bunch of lovely friends too.

And sometimes he simply retreats to his room, plays his stereo at full volume, and we hear his voice crack as he bellows Santana’s ‘Just Feel Better’…

He plods through the bad days, laughs through the good ones. And thankfully, the good ones are winning. With a little luck, come September he’ll be starting a new year at school looking like every other boy on the verge of teenager-dom. Hoo-bloody-rah.

You can read more on M.E. / CFS on the AYME website here.