Posted By Laura in Featured, The Chicken Run | 0 comments

So we’ve had The LittleStuff Four for over a month now – and we’ve accidentally settled into a chicken-keeping routine.
Every morning I’m up first, and I potter down to the coop while the kettle is on the boil and let them out for the day. Blue always accompanies me, and presses her nose to the wire at eye level to the top of the ladder to watch them as they come out (always in the same order, though occasionally Oprah at the back gets a little impatient with Jabba the Cluck who likes to pause and assess the morning from the top of the ladder; a judicious shoulder barge has her straight down amidst much flappery and squawkery…).
Blue bustles and fusses over them as I change the water and top up the feed bowl for them – but the eggs aren’t laid until late morning; one of the children pops down and collects them before lunch.
Come the afternoon and they start to get restless, I hear them noisily pacing and chuntering if the office window is open; it’s the husband’s fault. He’s shamelessly bought their affections with the Afternoon Treat. Mid-afternoon he takes the previous days kitchen scraps and leftovers (often lovingly prepared and saved and boiled up by me, I might add) and adds the dish to the run. As he steps out of the back door, the girls line up and begin an excited hooting chirp of welcome form the bottom of the garden. By the time the coop’s top door is open, Henghis Khan is ready and waiting and if he doesn’t make a fast manoeuvre she’ll be perched up on the bottom door and eating from the bowl in his hand. Some days we hang a cabbage for them – as much for our own entertainment as theirs.
As night falls they head in for some sleep – in the same order they came out in the morning. We watched them last week, and were most amused to see Henghis was most disgruntled that the others had gone to bed before her. She stood at the bottom of the ladder and  made disapproving noises – the other three sheepishly re-appeared and reluctantly stepped back down the ladder. At which point Henghis clucked approvingly and headed into bed – the others definitely rolled their eyes at each other before they followed back up to bed again!

So – how are we finding chicken keeping? Honestly – it’s been… surprising. I know, I know.
It’s chickens.
Chickens.
How surprising can they be, right?

Here’s what I did not expect: 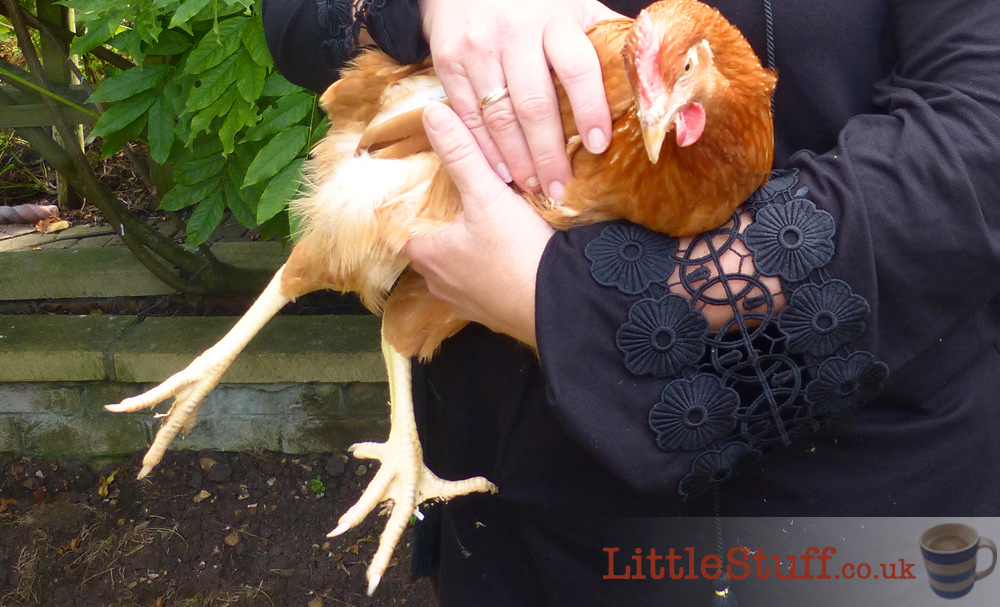 The Chicken Run is in conjunction with Omlet, who provided the Eglu Go UP coop for us. It’s a completely brilliant coop, perfect for backyard and suburban garden hens which holds up to four birds. We have it set up with the one metre extension run. Next week we’ll take you on a video tour of the coop, and show you all about the housekeeping.